CHANGANACHERRY SOCIAL SERVICE SOCIETY (CHASS) is the official organ of the Archdiocese of Changanacherry for social concerns and development interventions addressing the weaker sections of the society irrespective of caste, creed or community. Besides the officialdom in the Archdiocesan setup, the Society has been granted NGO status under the charitable provisions of the Government Act (Travancore- Cochin Literary, Scientific & Charitable Societies Registration Act XII of 1955). Founded in the year 1966, the Society has always remained as a pioneering organization all the while in social innovations and research based rural development services.

The Society has a democratic set up having its General Body constituted of village representatives, parish priests, subject experts, and specially nominated persons by the chairman Archbishop. In this respect, the Society is built upon a substantial people’s organizational base at the village level; the important among them are Village Development. 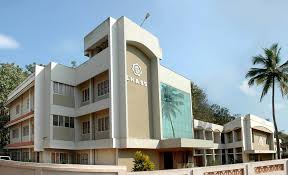 –>Organize the target population as functional groups as well as community oriented organizations propelled towards self reliance.

–>Develop capacities and skills of the poor and the marginalized for generating sustainable livelihoods and means of subsistence.

–>Emancipate women through a steady process of empowerment and exploring avenues for productive overall engagement.

–>Facilitate the sustainable management and use of the natural resources.

–>Promotion of community health that also provides for the development and upkeep of the physically and mentally challenged.

–>Disaster management and Rehabilitation of victims of natural and man-made calamities.

–>Develop infrastructure facilities of the poor and shelter less through housing and sanitation programs.

Sustainable development of the poor and the marginalized through community organization, awareness and training.

A just society based on human values