Disaster management refers to the conservation of lives and property during natural or man-made disasters. Disaster management plans are multi-layered and are planned to address issues such as floods, droughts, fires, storms, mass failure of utilities, rapid spread of disease etc. Kerala is especially vulnerable to natural disasters because of its unique geo-climatic condition, having recurrent floods, droughts, cyclones, earthquakes, and landslides.The new approach started from the conviction that development cannot be sustained unless mitigation is built into the development process. Another cornerstone of the approach is that mitigation must be multi-disciplinary, spanning across all sectors of development. The new policy also emanates from the belief that investments in mitigation are much more cost-effective than expenditure on relief and rehabilitation. Disaster management occupies an important place in the activities of CHASS, as the disaster prone Kuttanad is its predominant target area.

The waterlogged Kuttanad Region the major operational area of CHASS experienced the worse effect of heavy monsoon rain and the unpredicted flood during July – August period. Heavy flow of flood water from hilly areas flowing to Kuttanadan area through River Pamba, Manimala, Meenachil and Achenkovil flooded the Vembanad Lake alarmingly. Since the Arabian Sea is turbulent the normal flow of water from Kuttanad region to Arabian Sea through Thottappally spillway and Thanneermukam totally blocked. Within 24 hours the water level in Kuttanad raised up to 1.25 meters. The vehicle traffic on most of the roads remains disrupted isolating many places. Power supplies and telephone lines too continued to be disrupted for the last three days. Agricultural crops, dwelling houses and domestic animals worth crores are destroyed. The low-lying areas are experiencing alarming increases in the water level. Most of the roads are under water; connected village roads are washed away at many places. The trees fell down across the roads have worsened the situation, which also hindered the traffic.

The Archdiocese and CHASS sprang in to action and alerted all its systems and institutions to ensure the support service in collaboration with Government authorities, Local people, Parish community etc.

Supported 1250 families in Arunnoottinpadam and Kuttamangalam parish area with food materials worth Rs. 600,000 with the support of BIOWIN- Mannanthavady 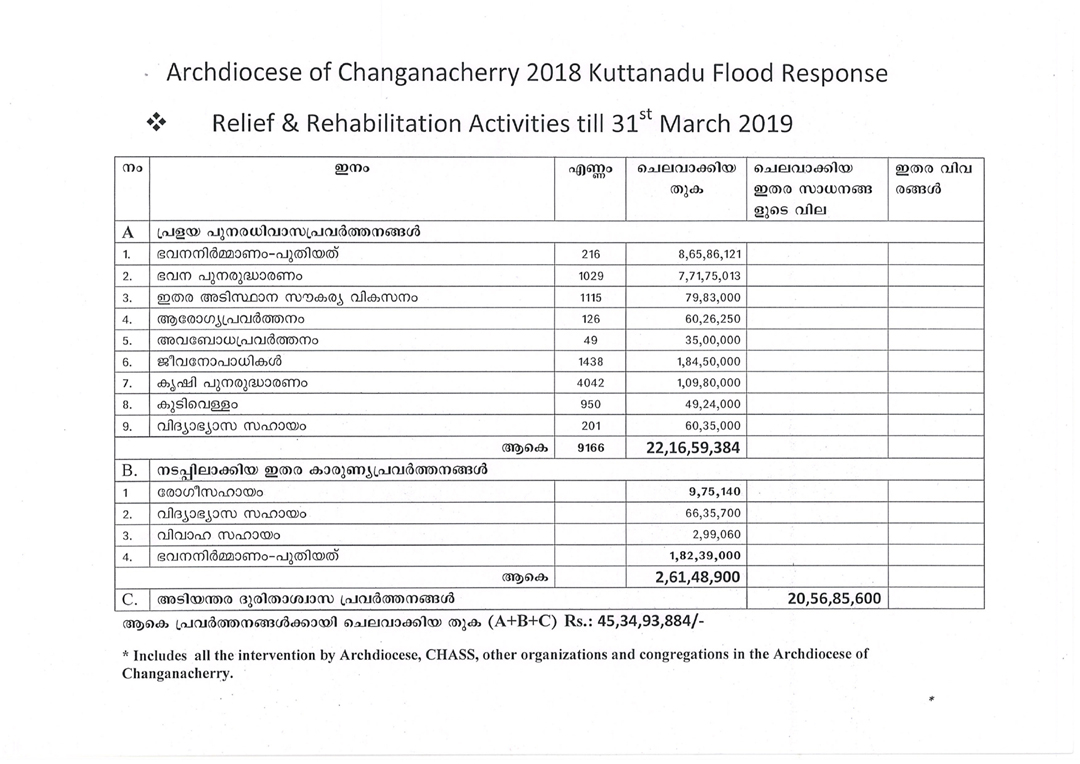 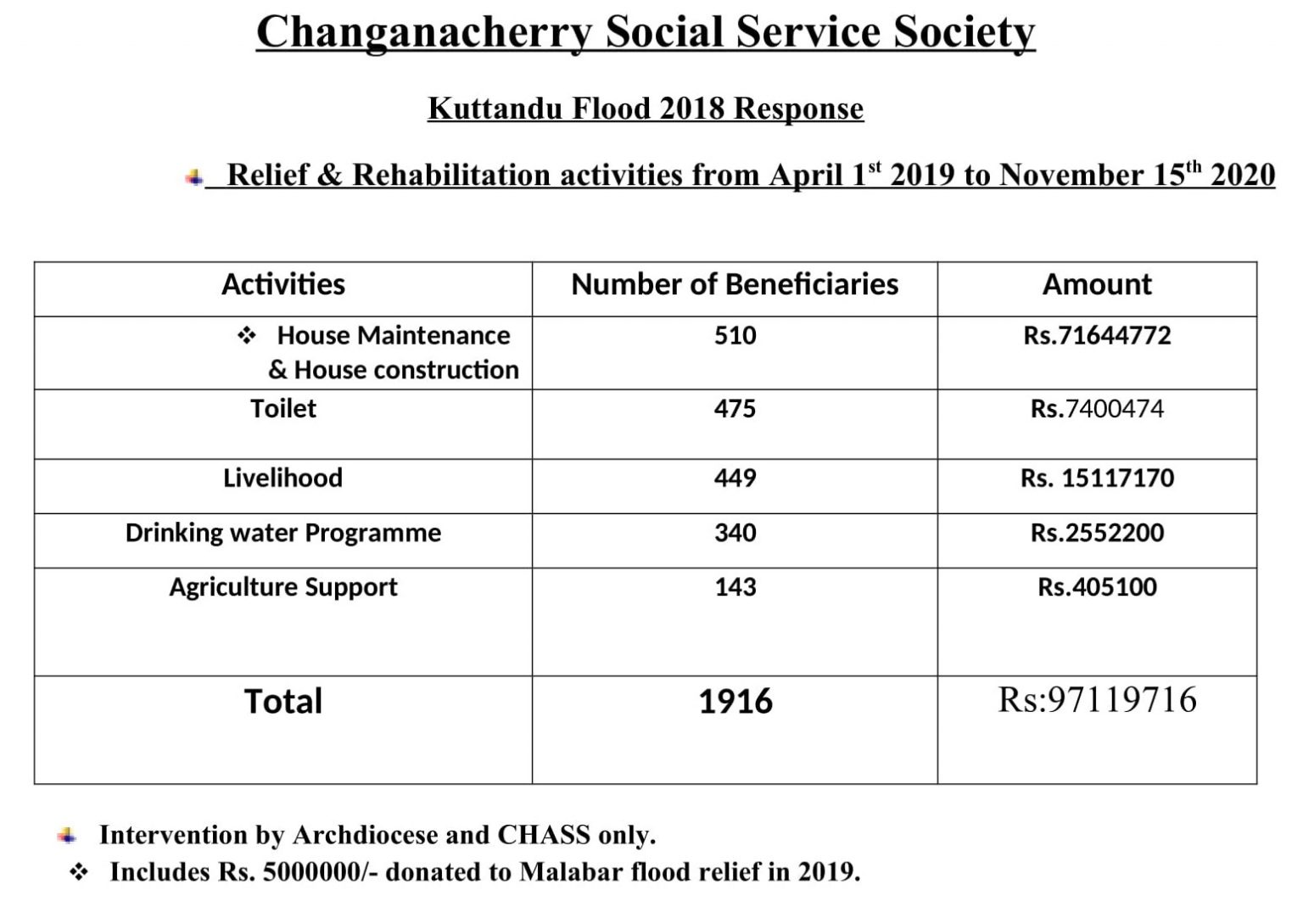 Pandemic is not anything new to humanity. It causes unimaginable damages and uncertainties to the human being. Different forms of Pandemics killed lakhs of people in the past and Covid- 19 is the last in this series...See More